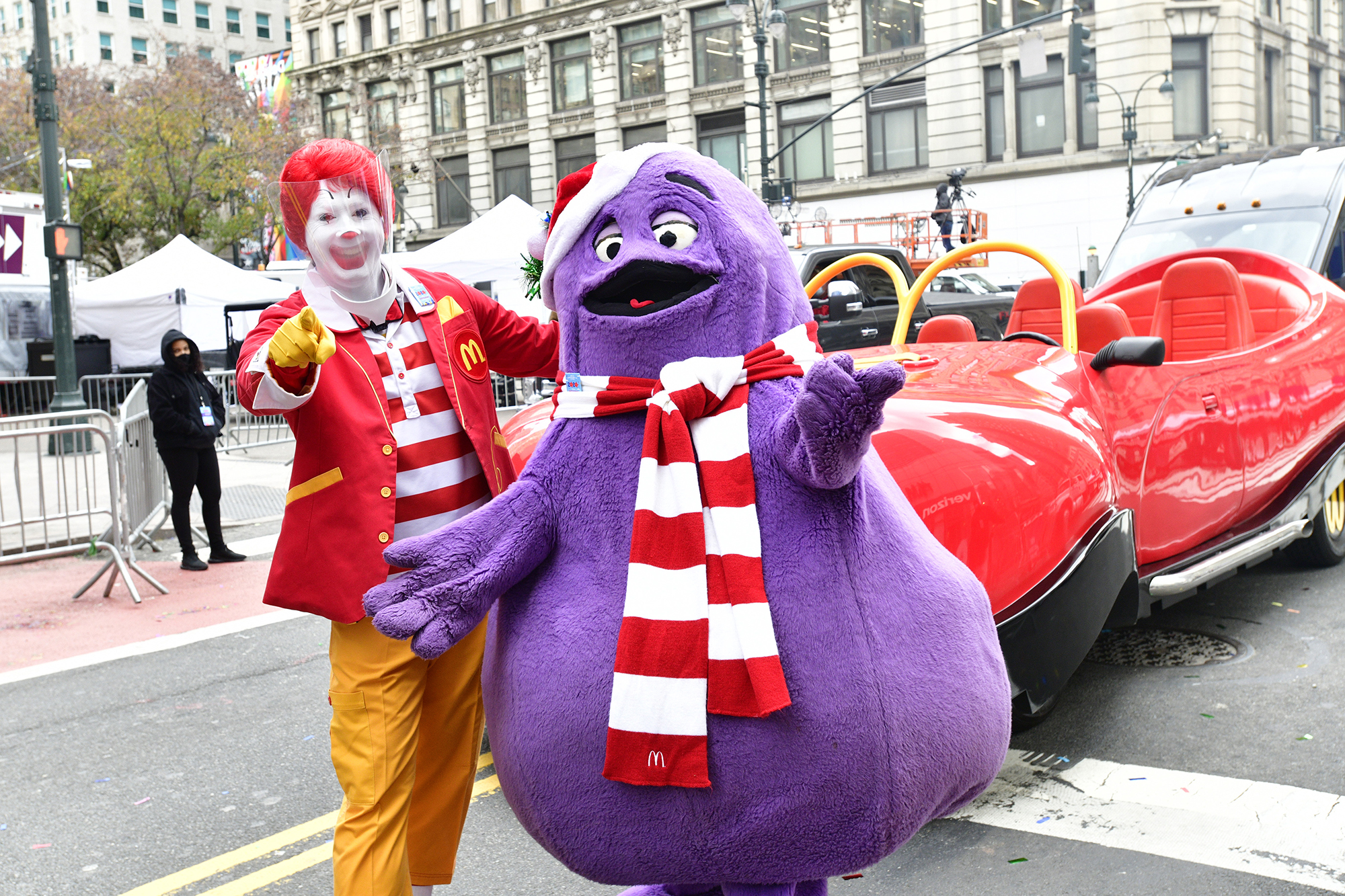 The McMystery has finally been solved.

For years, McDonald’s fans have wondered who — or what — the purple pal of the fast-food chain’s mascot Ronald McDonald actually is.

While his name has long been known to be Grimace, a Golden Arches insider has revealed the truth about the red-headed clown’s furry friend.

Brian Bates, the manager of a McDonald’s in Windsor, Canada, claimed that Grimace is “an enormous taste bud” whose purpose is to simply show that food tastes good.

Bates, who was recently named Outstanding Manager of the Year for his leadership role during the coronavirus pandemic, spilled the beans to CBC News about the identity of Grimace while discussing his accolade and what it was like to work at the famed burger and fries chain during COVID-19.

But the revelation sent shockwaves through Twitter and users couldn’t help but joke at Grimace being declared a “taste bud.”

“I was today years old when I found out that Grimace from the McDonald’s franchise is meant to be a human taste bud,” one fan wrote.

Another added, “KIDS THIS GENERATION WILL NEVER EXPERIENCE THE FEAR OF SEEING MCDONALDS GRIMACE I HATE IT HERE!!!”

One fan chimed in, “I was today years old when I found out Grimace was originally called ‘The Evil Grimace’ and was a monstrous, four-armed villain who stole (and probably ate children).” According to Mashed, Grimace indeed lost the “Evil” part of his name in 1972.

“YOU GUYS! the results are in! You have decided that #GRIMACE is both a Taste Bud and Purple Poop. Even score!” another exclaimed.

In 2012, the McDonald’s corporate Twitter account opened the topic of Grimace’s identity. “Grimace is the embodiment of a milkshake, though others still insist he’s a taste bud,” they tweeted at the time.

McDonald’s has yet to weigh in on the latest Great Grimace Debate or confirm Bates’ suspicion.

So who really is Grimace? You be the judge.