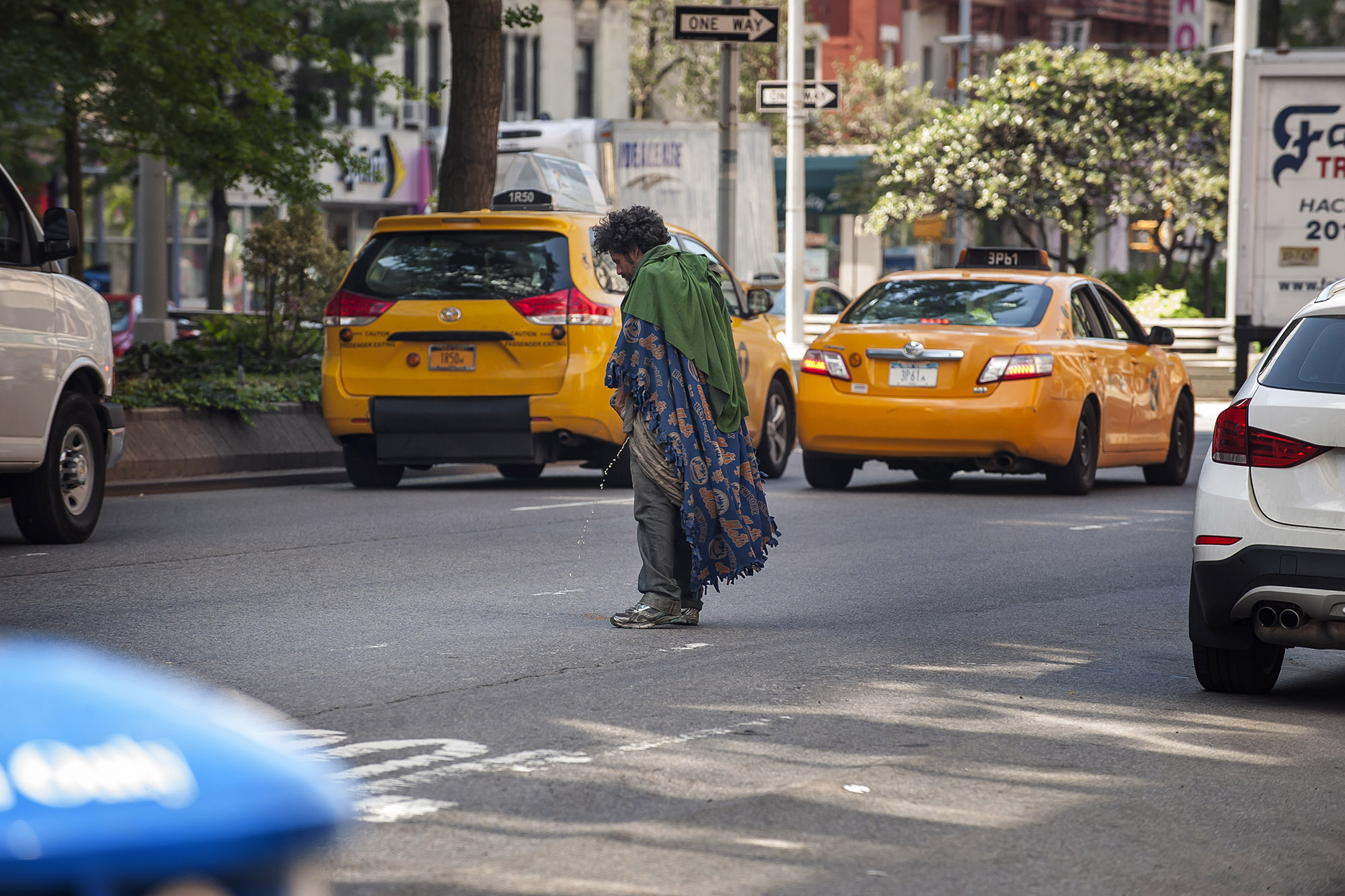 The Issue: David Marcus’ column on city leaders’ lack of response to the growing homeless population.

I agree with David Marcus, except when he says the city’s response to homelessness is to do nothing (“NYC is failing its homeless,” Sept. 7).

The city’s response is to ask for more money, and why shouldn’t it, when it always gets more? We keep rewarding failure and corruption. No one is held accountable, and we all suffer.

I work in Midtown and have been assaulted and almost blinded. I see the homeless and mentally ill wait at red lights and ask for money while cars wait — like the squeegee men of old, without the mess.

In Penn Station, I get surrounded at a register asking for my change while the scared shopkeeper is left on their own. I go to 7-11 and someone gets the door hoping for a tip on the way out.

We have too many politicians who we have to force to lead us through problems that they have ignored for so long.

If they don’t want to learn to lead and take on the tough problems, we have to elect leaders who will.

Being old (87) and a virtual life-long New Yorker, I have a historical perspective. Let’s go back 40 years: Homelessness was a confined problem, limited to the Bowery.

Poor souls who thought they were Napolean, heard voices or were violent paranoids and the like were committed to institutions. While far from ideal, these centers were caretakers for the mentally ill. They provided medical and psychiatric care as was available at the time.

Over the years, the homeless population swelled from hundreds, to thousands to tens of thousands. These poor souls wander, bewildered by society around them.

A pox on those lawyers, politicians and all the “do-gooders” who created this mess and now sit on the sidelines patting themselves on the back at how humanitarian they were and still are. How pathetic.

So glad to read Marcus’ article. His descriptions of angry, vindictive, insane, violent and aggressive homeless people are accurate.

He’s also accurate that these are not homeless people as we remember them. These are the offspring of Mayor de Blasio’s equally insane and vindictive attitude toward New York City itself and the people who actually pay the bills here.

De Blasio, along with former Gov. Andrew Cuomo, have fitted the homeless with a narrative that they are being oppressed and disenfranchised and need to literally fight back. So insane people are free to rip apart this city, and the police are handcuffed in the fight against them.

In addition, typical New Yorkers have become spineless and hide in their apartments.

Marcus’ article clearly points out New York City’s failure to correct the homeless problem. The whole town sees it and is screaming: “Somebody do something!”

The problem is that nobody knows exactly what that “something” is. The complex plan that gets homeless off the streets, treats them and manages them on an ongoing basis eludes us so far. That’s the issue with the homeless problem.

Can we please stop using the word “homeless”? Homeless people are those who are waiting for housing. They are people who lost their jobs or are waiting for repairs, from such incidents as the hurricane or fire damage.

The so-called homeless everyone speaks of are often substance abusers and mentally ill. They cannot function in society, proven by another article about someone in Tribeca defecating in a phone booth (“Camp Hopeless,” Sept. 8).

Even if they were given a mansion in the Hamptons, they could not maintain a residence and would end up back on the streets or in the subway. They need to be hospitalized.

Want to weigh in on today’s stories? Send your thoughts (along with your full name and city of residence) to [email protected] Letters are subject to editing for clarity, length, accuracy and style.