Carlos Alcaraz retires in second set of US Open semifinals 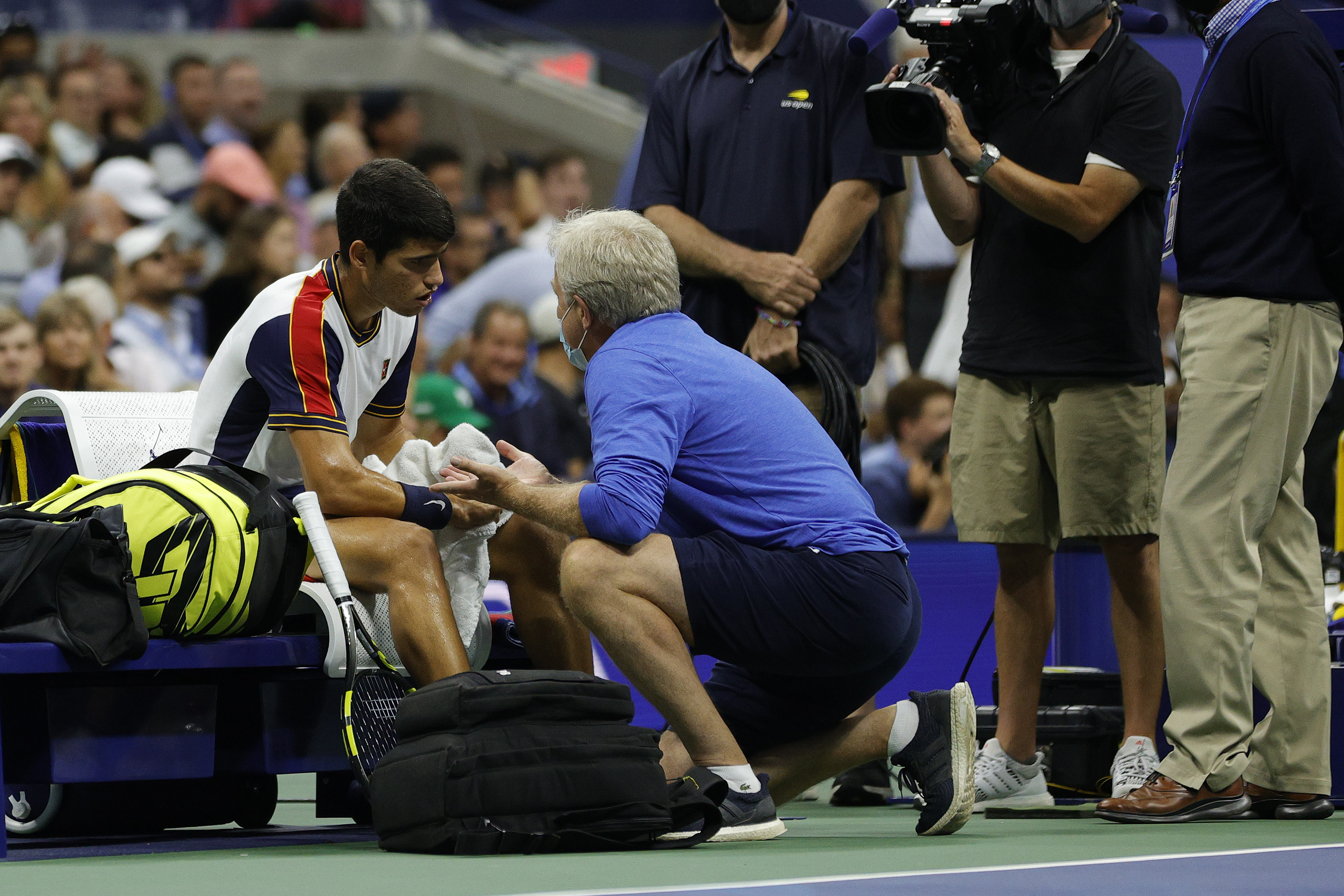 From the high of upsetting one of the best players in the world to the low of failing to finish a U.S. Open quarterfinal match.

Carlos Alcaraz, the 18-year-old Spaniard who became one of the biggest stories of this Grand Slam tournament after his victory over No. 3 Stefanos Tsitsipas in the third round, saw his wild ride come to a crashing halt when he had to retire in the second set of his match against 12th-seeded Félix Auger-Aliassime at Arthur Ashe Stadium on Tuesday night. Trailing 6-3 and 3-1, Alcaraz couldn’t finish.

“I don’t know what happened,” Auger-Aliassime said in his on-court interview. “It’s unfortunate clearly. I didn’t see it coming. He’s such a good player.”

Alcaraz, nicknamed “Baby Nadal,” became the youngest male player to reach the quarterfinals in Flushing in the Open era when he knocked off German Peter Gojowczyk in five sets in the fourth round.

Before the night was cut short, Alcaraz was struggling. He dropped the first set and was having trouble holding serve. He was broken twice, once in each set, and was down a break when he retired with nearly twice as many unforced errors (16) as winners (nine).

After holding serve to make it 2-1, Alcaraz got treatment from a trainer. But only a few points later, he called it quits.

Auger-Aliassime, meanwhile, moves on to the semifinals of a Grand Slam for the first time in his career. The 21-year-old Canadian has been on the rise, reaching the quarterfinals at Wimbledon and fourth round of the Australian Open this year. Now he will get a shot at reaching the final for the first time. He will meet No. 2 Daniil Medvedev on Friday.

“It’s an amazing milestone,” he said. “It’s been a fantastic tournament for me. It’s a weird ending today. In the end, I’m through. I’ll have a chance to play on Friday against one of the best players in the world. It’s amazing. I’m happy I’m through. I’ll try to win the next one.”

Earlier in the evening at Arthur Ashe Stadium, second-seeded Aryna Sabalenka cruised into the women’s semifinals with a 6-1, 6-4 victory over No. 8 Barbora Krejcikova. Sabalenka will meet 18-year-old phenom Leylah Fernandez next.