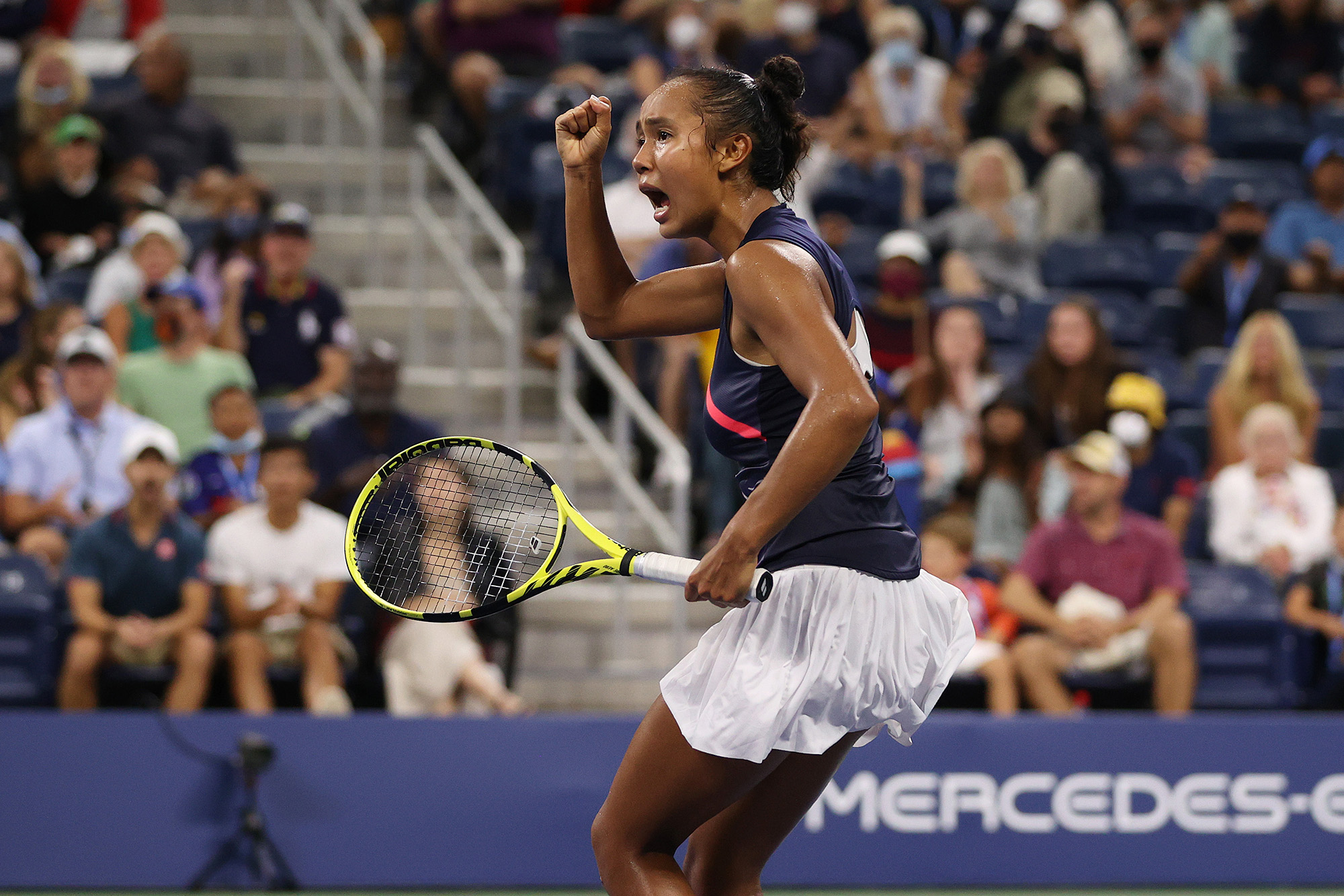 Leylah Fernandez rallied from a set down to pummel three-time Grand Slam champion Angelique Kerber on Sunday at a packed Louis Armstrong Stadium to vault into the U.S. Open quarterfinals with a 4-6, 7-6, 6-2 upset.

A new star is being born in Flushing Meadows. It was a classic battle of lefties who dazzled across the late afternoon, but Fernandez, the 18-year-old darling from Montreal, wore the No. 16 seed down just like she did Osaka on Friday night. When Kerber hit a backhand on the run into the net on match point, a deafening roar went up in Armstrong Stadium. She is the youngest women’s quarterfinalist at the U.S. Open since 2016.

Like against Osaka, Fernandez lost the first set and then won the second-set tiebreaker convincingly. She got up 5-1, after which Kerber turned to her coach and pointed. Kerber raced back to within 5-4 but Fernandez’s nerves of steel prevailed as she crushed a return of serve down the line for a winner and a 6-4 lead and closed it out.

Fernandez has a terrific forehand and mixes it up with a backhand slice drop shot that created a handful of magical rallies. She spent the afternoon punching the air and looking up to the crowd after winning numerous big points.

Kerber, 34, batters the ball from the baseline but Fernandez one-upped her and was the power player across the third set when she went up two breaks and cruised.

Fernandez will face fifth seed Elina Svitolina in the quarterfinals on Tuesday.