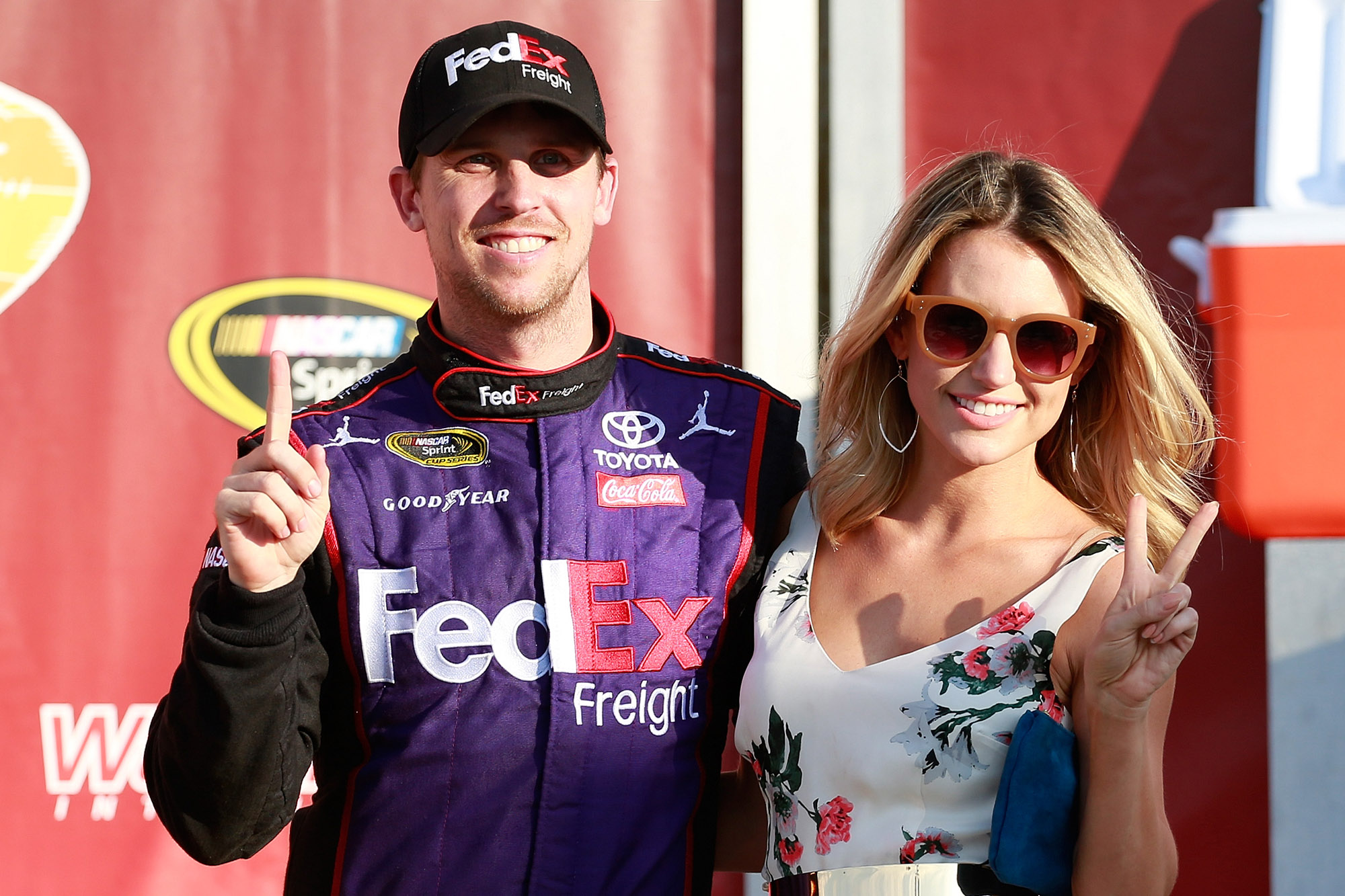 NASCAR driver Denny Hamlin’s relationship seems to be on in trouble.

Hamlin’s girlfriend Jordan Fish — whom he shares daughters Taylor, 8, and Molly, 4, with — seemed to announce the end of their longtime relationship in a pair of tweets on Wednesday.

“I have been quiet for too long for far too long… and I have endured things no one person should EVER have to endure and today was no exception. @dennyhamilton I hope everyone will finally see you for the person you truly are,” Fish wrote, according to screen grabs by fans.

In an apparent second tweet, Fish wrote, “Myself and our children deserve better than what you have given. I cannot believe I ever thought that someone like you could change. Because you cannot. You have a long road ahead of you, and one I graciously no longer will be apart of. Have a great life @dennyhamilton.”

Hamlin has not acknowledged the now viral tweets, or the status of his relationship with Fish.

While his Instagram contains countless photos of the couple’s two daughters, Hamlin rarely shares photos with his girlfriend. Though, in late July, the NASCAR star posted a family snap that included Fish during a vacation to Baha Mar.

Hamlin is scheduled to race in the NASCAR Xfinity Series Race at Darlington Raceway on Saturday, Sept. 3 — followed by the Cook Out Southern 500 on Sept. 5.