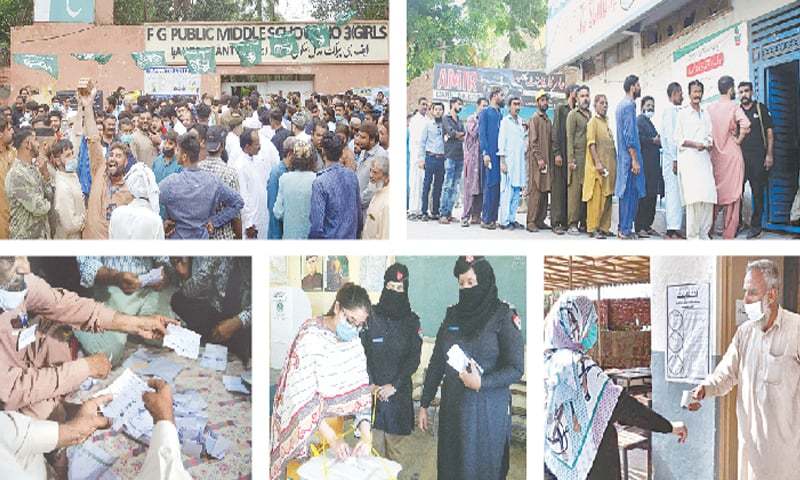 ISLAMABAD: The Pakistan Tehreek-i-Insaf (PTI) and the Pakistan Muslim League-Nawaz (PML-N) were well ahead in their respective strongholds of Khyber Pakhtunkhwa and the Punjab, according to unofficial results of 191 wards of the 35 out of 39 cantonment boards, where elections were held on Sunday.

While the ruling PTI wiped out the PML-N in Khyber Pakhtunkhwa by winning 16 of the 33 wards of nine cantonment boards, it was lagging far behind in Punjab with 25 seats against 47 secured by the PML-N.

Unofficial results of 191out of 205 wards, where polling was held to elect the general members of the cantonment boards, show the PTI leading with 57 seats, followed by the PML-N with 54 seats and independent candidates emerging victorious on 43 seats.

In Sindh, the PTI and the Pakistan Peoples Party (PPP) won 14 seats each. The PTI, however, became the single largest party in the cantonments of Karachi by winning 14 of the 42 general seats.

According to unofficial and unconfirmed results of the cantonment board elections in Sindh, the PTI and the PPP won 14 seats each, followed by Muttahida Qaumi Movement with 10 seats, including seven in Hyderabad, independent candidates secured seven seats, while the Jamaat-i-Islami grabbed five seats and the PML-N won three seats.

The outlawed Tehreek-i-Labbaik Pakistan that had fielded as many as 84 candidates in cantonment boards elections, failed to win even a single seat from across the country.

According to unofficial results of all the 33 wards of nine cantonment boards in KP, the PTI emerged victorious with 16 seats, followed by eight independents, whereas the PML-N bagged all four seats in its Hazara stronghold. The PPP and the ANP were successful in three and two wards of cantonments in KP, respectively.

Polling in all the cantonment boards of the country remained largely peaceful with unusual enthusiasm of PTI and the PML-N supporters in two cantonments of Lahore division. There were reports of a few clashes between the supporters of the two parties in Multan, Lahore and Gujranwala.

PML-N president Shehbaz Sharif said the people had expressed their confidence in the PML-N in the cantonment polls. “We assure the masses that we will not disappoint them and work hard to resolve their problems,” he said.

In Balochistan, Balochistan Awami Party (BAP) won three seats of the seven seats, whereas the PTI remained successful in two wards. Two other seats were clinched by the independent candidates.

Zulqernain Tahir from Lahore, Aamir Yasin from Rawalpindi, Muhammad Ashfaq from Peshawar, Saleem Shahid from Quetta, Mohammad Hussain Khan from Hyderabad and Azfar-ul-Ashfaque from Karachi also contributed to the report.